Added 6 months ago by admin
33 Views
Subscribe to our channel! rupt.ly/subscribe
A total solar eclipse was visible across large parts of South America on Tuesday.
A large number of people flocked to San Juan in western Argentina to witness this rare celestial event. The total eclipse, which lasted around two and a half minutes, turned the sky dark, creating the impression that it was nighttime.
As recommended by specialists, everyone watching the eclipse was told not to look directly into the sun, but instead use telescopes or sunglasses with special reflective qualities.
The umbral shadow - the area in which the sun appeared completely covered by the moon - passed over Chile and the Andes, before heading all the way to the Argentine capital Buenos Aires.
Future visible solar eclipses in Argentina are expected to happen in 2020, 2048, 2064 and 2073 respectively.
Outside the path of totality, a partial solar eclipse was visible in Argentina and Chile, as well as Ecuador, Peru, Bolivia, Paraguay, Uruguay and parts of Colombia, Brazil, Venezuela and Panama.
Video ID: 20190702-054
Video on Demand:
Contact: [email protected]
Twitter:
Facebook: 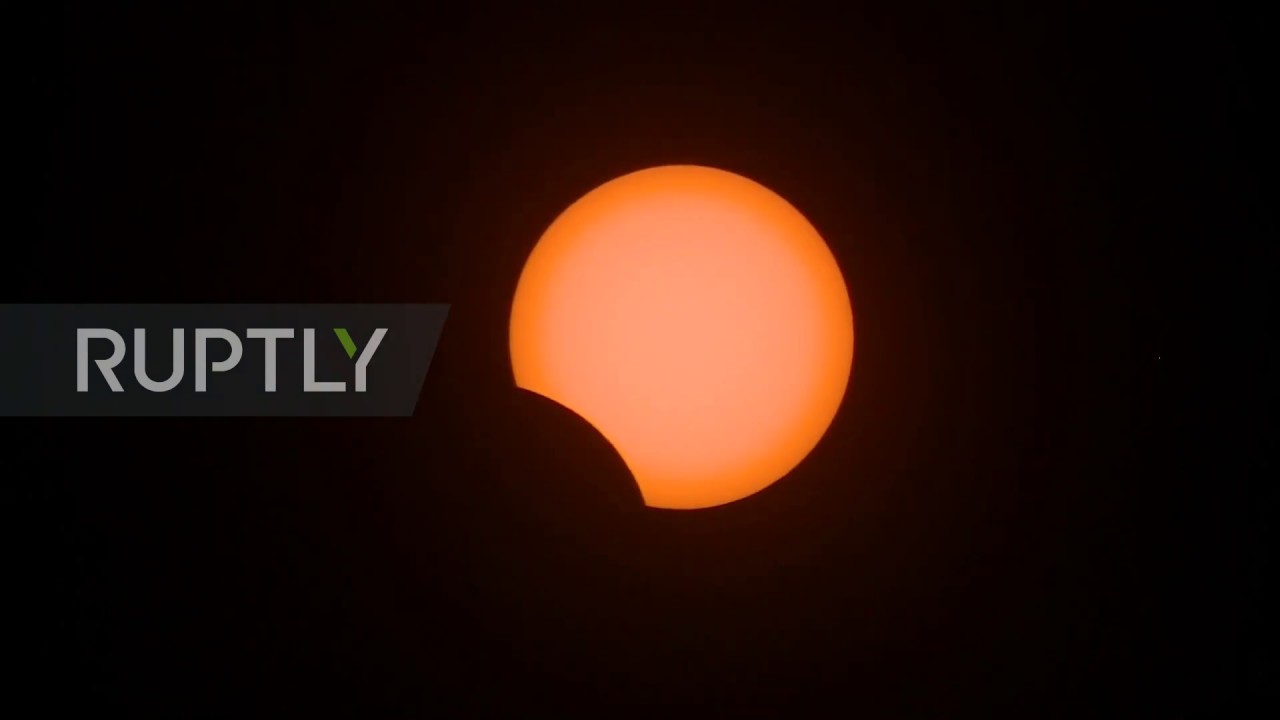 Subscribe to our channel! rupt.ly/subscribeA total solar eclipse was visible across large parts of South America on Tuesday.A large number of people f...