admin
Subscribe to our channel! rupt.ly/subscribe
Thousands of protesters braved the heat in Algiers on Friday to demand a change in the ruling elite, during the 19th consecutive week of anti-government demonstrations.
Protesters carried Algerian flags and chanted slogans as they made their way through the capital. One demonstrator said police confiscated a Berber flag he was carrying, which have been banned after a directive from Army Chief Ahmed Gaid Salah earlier in the month. Just a week ago, 18 demonstrators carrying Berber flags were arrested and accused of ‘violation of national unity,’ – a charge that carries ten years imprisonment.
Rachid, an anti-government protester, said: “[Army Chief Ahmed] Gaid Salah thinks he is the boss of Algeria. He strangled all the boulevards of Algiers.”
“This morning they sprayed me with tear gas and a policeman hit me, yet they are considered our brothers. I almost died,” he said.
The protests, dubbed the Smile Revolution, began in February after 82-year-old then-President Abdelaziz Bouteflika announced he would be running for a fifth term in office. While he dropped his bid and ultimately resigned in April, the protests continued, demanding a complete political overhaul.
Video ID: 20190628-062
Video on Demand:
Contact: [email protected]
Twitter:
Facebook: 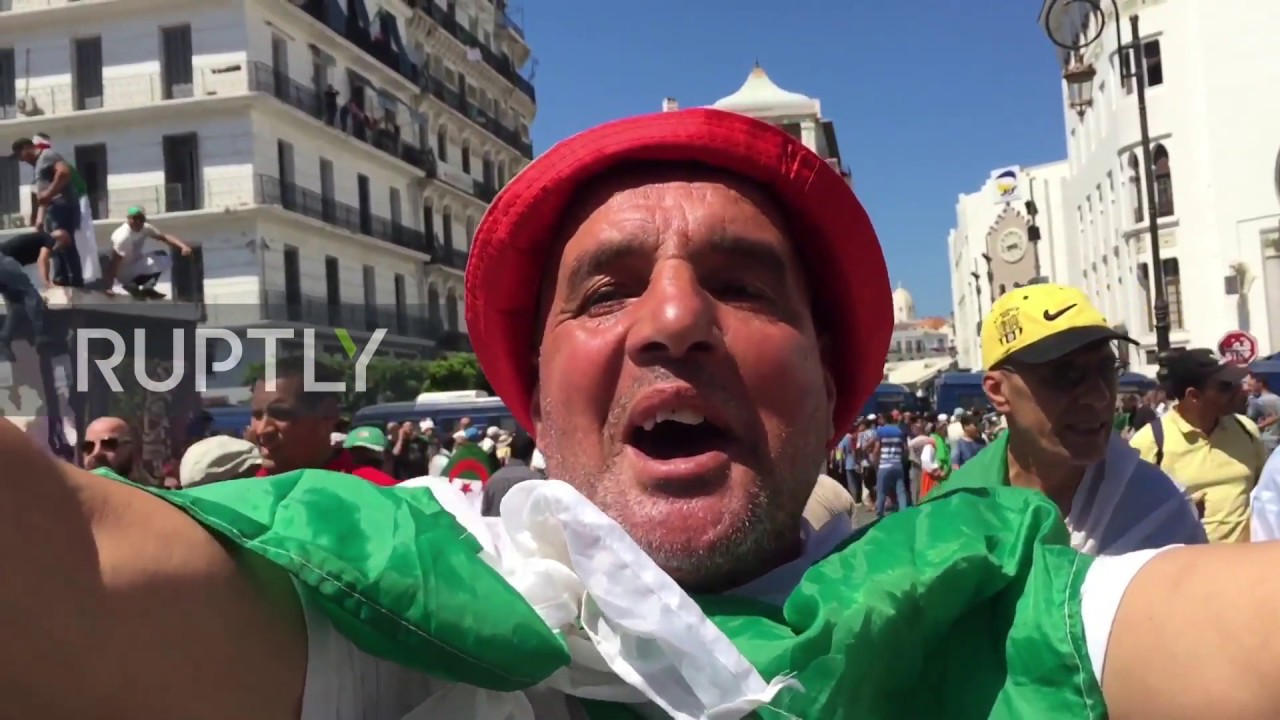 Subscribe to our channel! rupt.ly/subscribeThousands of protesters braved the heat in Algiers on Friday to demand a change in the ruling elite, during...