A New Portrait of the Cosmos is Coming

ava
The Nancy Grace Roman Space Telescope, formerly known as WFIRST, is an upcoming space telescope designed to perform wide-field imaging and spectroscopy of the infrared sky. One of the Roman Space Telescope's objectives will be looking for clues about dark energy — the mysterious force that is accelerating the expansion of the universe. Another objective of the mission will be finding and studying exoplanets.

The Roman Space Telescope uses the same 2.4-meter primary mirror size as Hubble, but with 18 cutting-edge fourth-generation image sensors compared to Hubble's single first-generation sensor. As a result, each image from the Wide Field Instrument will cover over 100 times as much as a Hubble Wide Field Camera 3/IR image and be 300 megapixels in size. Hubble images reveal thousands of galaxies; a single Roman Space Telescope image will uncover millions.

To help uncover the mystery of dark energy, the Roman Space Telescope will make incredibly precise measurements of the universe. These measurements, like the distance and position of galaxies, can be compared to other measurements — such as the cosmic microwave background from the WMAP mission — to determine how dark energy has changed over time. The Roman Space Telescope can also measure the slight distortions in light from distant galaxies as it passes more nearby mass concentrations. These data will build a three dimensional picture of how mass is distributed throughout the universe, and provide independent confirmation of its structure.

Because the Roman Space Telescope has such a large and sensitive field of view, it can find thousands of new exoplanets through a process called microlensing. When one star in the sky appears to pass nearly in front of another, the light rays of the background source star become bent due to the gravitational "attraction" of the foreground star. This "lens" star is then a virtual magnifying glass, amplifying the brightness of the background source star. If the lens star harbors a planetary system, then those planets can also act as lenses, each one producing a short deviation in the brightness of the source. For closer planets, the Roman Space Telescope will open a new era of direct observation. Currently only a handful of planets are observable in light reflected off of them, and they are all large planets close to their stars. The Roman Space Telescope will be able to detect planets as small as Neptune, and as far from their stars as Saturn is from the sun. This is possible thanks to newly developed coronagraphs, which block the bright light from the star to make the planet more visible.

This video is public domain and along with other supporting visualizations can be downloaded from NASA Goddard's Scientific Visualization Studio at: https://svs.gsfc.nasa.gov/13606

A New Portrait of the Cosmos is Coming 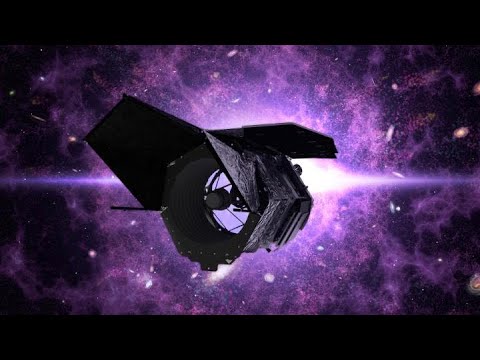