Astronomers organize galaxy shapes using a system proposed by Edwin Hubble in 1928. At first glance, the Hubble sequence appears to be akin to an Audubon bird classification chart. However, underneath the neatly arrayed shapes and colors lies a complex and violent history. Through the lens of radio, infrared, ultraviolet, and optical astronomy, we can deduce their histories and, more importantly, their future. Nearby examples of every stage in the Hubble sequence provide living galactic fossils to study 10 billion years of development that humans had not been around to witness. Join us for an observational tour of the Hubble sequence, through galaxies both young and old, experiencing both quiet and violent transitions, and shedding light on the fundamental galactic question of how we got here. 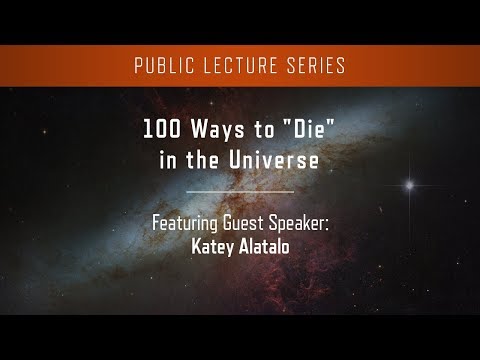 100 Ways to “Die” in the UniverseKatey Alatalo of the Space Telescope Science Institute Astronomers organize galaxy shapes using a system proposed by ...